Breaking News
Home / Afghanistan / 2 commando officers of the previous government were released by the s.o.f of National Liberation Front!

2 commando officers of the previous government were released by the s.o.f of National Liberation Front!

Peshgo News June 1, 2022 Afghanistan, Security Comments Off on 2 commando officers of the previous government were released by the s.o.f of National Liberation Front! 662 Views

The National Liberation Front media office said, two former government commando officers who had been detained by the Taliban two days earlier and were due to be shot dead in a magical court on Wednesday.

As a result of an operation by the Special Operations Forces of this front last night, dated 31-1 june 2022 ; The two commando officers, each Faizullah, a resident of Dasht-e-Qala district, and Mohibuddin, a resident of the capital of Takhar province, were released as a result of their operation to seize the house of the first security district in Taloqan.

Nine Taliban insurgents were killed, including four Kalashnikov rifles and a Pika rifle, along with a large amount of ammunition.

The front also said that the former commando officers had been transferred to safety and that there was no danger to their lives.

Previous An explosion in the Afghan capital
Next Kabul reporters; We do not recognize the institutions of protect journalists! 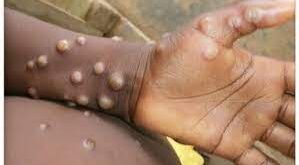 The first unknown but similar disease of monkeys pox in Nimroz province!

The Taliban arrested and transferred several members of the civil society, including the head of …