The first unknown but similar disease of monkeys pox in Nimroz province!

Peshgo News May 29, 2022 Afghanistan, Health Comments Off on The first unknown but similar disease of monkeys pox in Nimroz province! 177 Views

Health sources in Nimroz province are unaware of two similar incidents but similar to monkey pox.

Nimroz province is the first province in Afghanistan where this suspected disease has been registered and these cases have occurred and there are young people, one of whom is 16 years old and is from Ghazni province.

Symptoms of fever, headache, severe muscle pain, swelling, back pain, and smallpox on the skin are the first signs of monkey pox.

The disease is usually mild but has two sides: one is Congo, which worsens the condition and has a 10% chance of death. The other side of the disease is West Africa, which has a mortality rate of about one percent.

Previous Pakistani helicopter fired and a Pakistani general wounded in and possible attack on Afghanistan!
Next An explosion in the Afghan capital 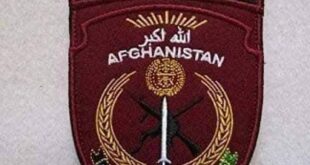 2 commando officers of the previous government were released by the s.o.f of National Liberation Front!

The Taliban arrested and transferred several members of the civil society, including the head of …