According to reports from Nimroz province, a Pakistani army helicopter had entered Afghanistan. As a result of Taliban members firing on the helicopter, it was forced to hold an emergency landing and a Pakistani general was wounded.

According to Peshgo News Agency: Today, Friday, April 8, 2022, sources from Nimroz province of Afghanistan reported that a Pakistani army helicopter entered Zakir Camp or Zakir village, which is part of Chahar Burjak district of Nimroz province along the Pakistani border, and fired weapons. The Taliban were forced to hit the helicopter several times and were forced to return to Pakistan a few steps away from the Afghan border.

A Pakistani army general was also seriously injured in the helicopter crash.

Voices reaching Peshgo News Agency show that the Pakistani Border Army is seeking revenge against the general and is organizing an army to launch a military attack on the Chahar Burjak district of Nimroz province, and the village of Zakir on both sides of the Pakistani border. And nimroz is in a state of war.

But now that a Pakistani general has been wounded in Nimroz province, another situation is emerging that could lead to a larger, unprecedented war if Pakistani military leaders and the Taliban do not intervene. 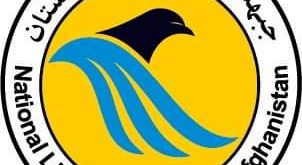 Announcing the existence of the National Front for the Freedom of Afghanistan and the widespread support of men and women in different provinces!