The deputy of Paktia provincial council was assassinated

Ayub Khan Gharwal, deputy head of Paktia provincial council, was assassinated this morning by gunmen in the province. 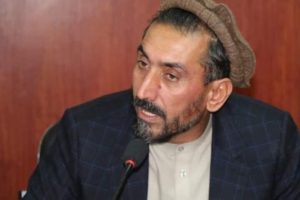 Abdul Rahman Mangal, spokesman for the Paktia governor, told Pishgoo News Agency: At around 5:30 this morning, Ayub Khan Gharwal, deputy head of the Paktia provincial council, was shot and killed by unknown gunmen on his way to university near his home.

According to Mr. Mangal, no arrests have been made so far, but the province’s police have launched an investigation to arrest the perpetrators and bring them to justice.

Previous The Taliban attack in Panjshir was repulsed.
Next Photo report of fire in Ghazni city +photos