The Taliban attack in Panjshir was repulsed.

Peshgo News September 8, 2020 Afghanistan, Security Comments Off on The Taliban attack in Panjshir was repulsed. 421 Views

This morning, a group of Taliban attacked a police checkpoint in Abshar district of Panjsher province. 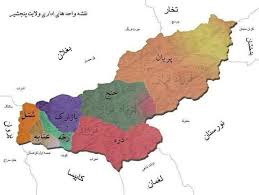 The Taliban claimed to have seized a police checkpoint in the Ghalghala area of ​​Abshar district and captured seven soldiers from the checkpoint.

Meanwhile, a local official in Panjshir province, who did not want to be named in the news, confirmed the news; The Taliban attacked one of the security checkpoints in the district this morning, which was met with popular mobilization and all of them were surrounded by the people’s forces.

Mansour Anabi, spokesman for the governor of Panjshir province, told Pishgoo News Agency: “This morning, a group of Taliban launched a series of operations in the Qalatari area of ​​Abshar district in Panjshir province. But the popular Basij forces and the security forces are still pursuing them to suppress them.

Mr. Anabi also denied the Taliban group’s claim of capturing seven soldiers, saying that one of the Taliban members was wounded and fortunately the security forces and the local people were not harmed.