Yesterday evening, a car carrying Fawzia Kofi, a former member of parliament and head of the political movement in Afghanistan, was attacked by gunmen. 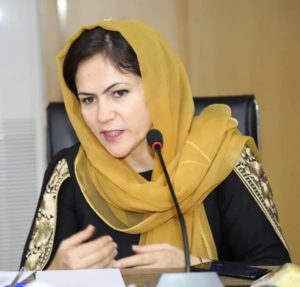 According to report, Ms. Kofi was moving on the North Kabul highway in the Cheshmeh Doogh area of ​​Kabul, her car was attacked by gunmen who wounded her in the area.

Meanwhile, Kabul police spokesman Ferdows Faramarz confirmed the news and said that police were trying to arrest the perpetrators of the attack.

Mr. Faramarz also said that joint security forces had launched a clearing operation in Shakardara district of the province with the aim of arresting gunmen who occasionally made the highway unsafe.