blast in the area of ​​the third security police of ​​Takhar

Peshgo News August 10, 2020 Afghanistan, Security Comments Off on blast in the area of ​​the third security police of ​​Takhar 439 Views

Takhar police reported that three people were injured in an explosion caused by embedded materials in the province. 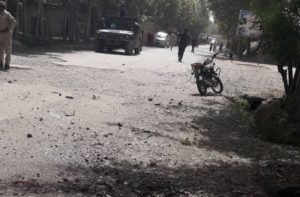 Khalil Asir, spokesman for the Takhar police, told Pishgoo News Agency: “At 10:00 this morning, an explosion took place in the area of ​​the third security district, following an explosion caused by an anti-personnel mine planted inside a bag of chickpeas.” As a result of the explosion, three civilians were superficially injured and a suspect was arrested by the police in connection with the case.

Mr. Asir also Said: the area is under further investigation by the security forces to block the case.