Gen, M Yassin Zia a senior member of the Ministry of Defense, told a news conference that 11 members of the ISIS terrorist group had been arrested. 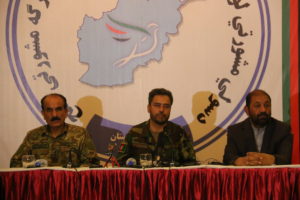 According to Mr. Zia, these people have been arrested from several different places with the help of national security forces NDS .