To this time One person have died and 17 others have been injured . 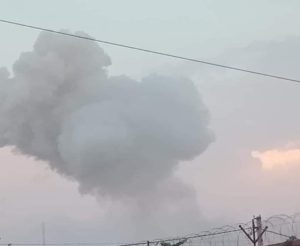 Ataullah Khogyani, spokesman for the governor of Nangarhar, told peshgo news agency: At around 6:30 pm today, a group of terrorists, using a Bam vehicle, first blew up the gate of the Central Prison and opened the way for other attackers, followed by clashes between security forces and the attackers.

According to Mr. Khogiani, to this time one martyr and 17 others have been injured in the terrorist attacks and have been taken to hospitals.

Khogyani says that there is currently a battle between the security forces and the attackers in the prison compound and that the terrorists are trying to release those who are imprisoned in this prison, but the security forces have prevented them from suppressing them with all their might.

Meanwhile, a Taliban spokesman denied involvement in the attack and wrote on his Twitter account that the attack on Nangarhar Central Prison had not been carried out by them and had nothing to do with them.

This report is being completed)