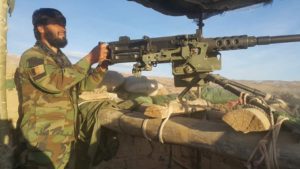 Hanif Rezaei, spokesman for the 209th Shaheen Corps, told Pishgoo News Agency: “Last night, the Taliban planned to attack Sabzikar vilage in Chahar Bolak district and Khadir Khel vilage of Nahrshahi district of Balkh province, but the National Defense and Security Forces The Taliban prevented it, and as a result of this clash between the security forces and the Taliban fighters, 24 Taliban fighters were killed and 6 others were wounded.