The Taliban kidnapped a journalist in Faryab

Local sources in Faryab province reported that a group of Taliban abducted a journalist while traveling from Faryab to Kabul in the Andkhoy area. 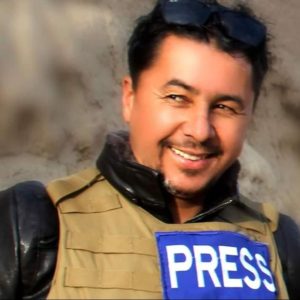 Local reporters in Faryab said that the Taliban group this evening took Mohammad Hassan Sardash, a Faryab reporter on his way to Kabul, from a car in the Andkhoy district of Faryab province to an unknown location.

Meanwhile, Mujib Khalutgar, chief executive of Ney’ office, or a supporter of Afghanistan’s free media, told to peahgo news agency: ” We are trying to release Mr. Sardash as soon as possible .

Security officials in Faryab province have not yet commented.