All combat units of the NDS were on standby

Peshgo News July 14, 2020 Afghanistan, Political, Security Comments Off on All combat units of the NDS were on standby 240 Views

General Directorate of National Security has put all its combat and offensive units on alert in connection with the terrorist attack in Samangan province. 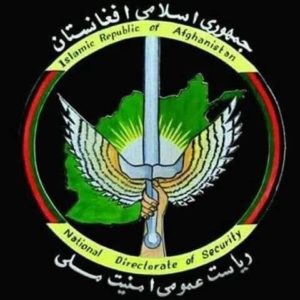 The General Directorate of National Security told the media in a press release.

The Taliban terrorist group has once again committed crimes with the cooperation of foreign terrorist groups that oppose peace and stability in Afghanistan and do not adhere to any of the values ​​of Islam. The Taliban terrorist group has intensified its attacks on civilians and public infrastructures since the start of negotiations and the signing of the peace agreement. These terrorist groups deviated from their international obligations, ignored the goodwill of the Afghan government, and carried out an offensive attack at 11:00 AM on July 13, 2020 on NDS and Municipality in Samangan province, in which a large number of civilians, municipal employees and national security officerswere injured and martyred.

By accepting the responsibility for this crime, the Taliban terrorist group has shown once again that it does not adhere to the human rights standards and international obligations.

Concerning this incident, the National Directorate of Security (NDS) would like to state that:

In response to the suicide attack in Samangan province, NDS has put all its operational forces and combat units on standby position and will launch retaliatory attacks as soon as possible to suppress the Taliban terrorists’ mercenary and foreign terrorist groups.

The Taliban terrorist group is not only, not fulfilling its obligations under the peace agreement, but has also increased its offensive and terrorist attacks after the agreement. The group plans and carries out attacks with the cooperation of foreign terrorist groups, including the al-Qaeda network.

NDS pledges that it will spare no effort to retaliate the bloodshed of the wounded and martyrs of this incident. It also appreciates the sacrifices of all its members.

NDS assures the citizens of Afghanistan that it will not allow any terrorist group to undermine the values ​​and achievements of the Islamic Republic of Afghanistan.