Fifteen Taliban and six security forces were killed and wounded

Baghlan police report that 15 Taliban fighters were killed and wounded in Nahrin district! 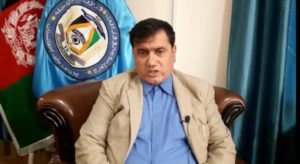 Ahmad Javwed Basharat, spokesman of Baghlan police, said: “Taliban fighters launched an offensive against security checkpoints and the Nahrin district from 1  up to 4  o’clock in the morning, which met with a strong response from the security forces in Baghlan province.

According to Mr. Basharat , eight insurgents were killed and seven others were wounded in the clashes.

Baghlan police spokesman also said. two members of the National Police were martyred and four others, including the National and Local Police, were wounded in the clashes.

Mr. Basharat said of the financial damage inflicted on residents of Nahrin district, adding that the Taliban have always harmed our dear people with their unforgivable crimes and have not shown mercy to innocent people.