A Taliban commander joins the National Army with his men

Peshgo News June 9, 2020 Afghanistan, Security Comments Off on A Taliban commander joins the National Army with his men 283 Views

A Taliban commander and five of his comrades have joined the peace process in Faryab province. 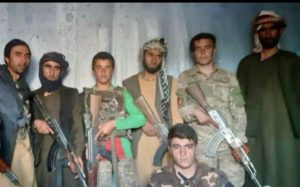 Officials in the 209th Shaheen Army Corps in northern Afghanistan say: Qari Nematullah, a Taliban commander in Garziwan district of Faryab province, along with five of his entourage, with 4 Kalashnikov assault rifles, two IQM bases and two motorcycles, after realizing the legitimacy, They removed the violence and joined the peace process.

The commander and his entourage surrendered their weapons to government forces in Garziwan district of Faryab province yesterday and stopped using violence against the people and the government.