Advertising for Corona on social media is more deadly than Corona

According to medical research, the black cloud of the Corona virus is not going to leave the world’s sky soon 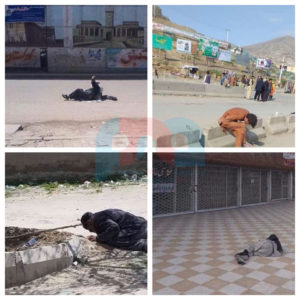 Quarantine and the closure of cities will not last long, and one must come to terms with the current reality of one’s environment and seek alternative ways to survive.

But right now, the biggest human weapon against the corona virus is paying attention to health guidelines, raising awareness about the coronavirus, and not letting fear of corona spread.
Because Corona targets everyone, regardless of religion, religion, or economic ability.

But what is happening on Afghan social media these days is more deadly than the coronavirus, because unprofessional advice about controlling the coronavirus, disseminating non-incident statistics, and posting pictures of human beings for a thousand and one other reasons. They have fallen in the corners of the cities, advertising and creating fear for the corona virus.

However, health experts believe that excessive fear can weaken the immune system and spread the coronavirus, killing many people.

In the past few days, dozens of unrealistic news about the Corona virus, including pictures of people who seem to have the Coronavirus, have surfaced on social media, sparking a flurry of criticism from the Department of Public Health and some government agencies. However, people whose pictures have been published under the name of people suspected of having coronavirus have no reason to be coronary.

For example, a few days ago, pictures of a young boy from the Northern parwan were published in Kabul, and the news of the young man’s death was later shared on social media. The floods have drawn criticism from the Ministry of Public Health over the lack of ambulances and the failure to transport the young man to health centers, while the young man named Ahmad Jan, a resident of Golbahar district in Parwan province, and is suffering from mental health problems. 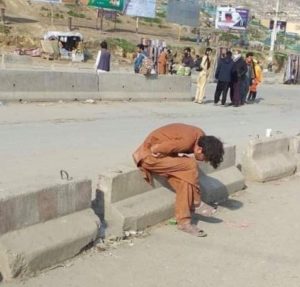 The pictures of Ahmad Jan are taken while he is sitting in a corner due to his mental illness, and as his condition improves, he follows the path of Parwan province and follows his work.
But the publication of his images has sparked a wave of anxiety among thousands of people, claiming that the fight against the coronavirus in the country seems to be spiraling out of control and reaching the point where people with corona are dying on the roads.

But the reality is that the Corona virus has brought the world’s greatest economic and health powers to their knees. Which has been torn apart by Afghanistan’s economy and is unable to anticipate a miracle while it is at war.  Because what’s in Cooking dish comes in the Food bowl, not more than that, but you shouldn’t be afraid of Corona, and you shouldn’t cause anxiety and fear to others by spreading unrealistic information.

Instead, we must all be prepared to break the quarantine and continue our routine, despite the strict guidelines that we will have to face in spite of Corona’s rule.