Kamaluddin Nezami, the governor of Panjshir, issued a statement declaring his support for Abdullah Abdullah, chairman of the Subat-O-Hamgaray Campaign. 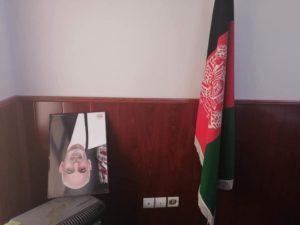 In a video obtained by Peshgo News Agency, Mr Nezami has announced his support for Dr Abdullah Abdullah as the country’s president in a Press conferences held in the Panjshir province, according to Mr Nezami. Abdullah Abdullah is the elected president of the people of Afghanistan with a clear majority of votes.
In a time, other images we have obtained show that Mr Nezami has downgraded Mr Mohammad Ashraf Ghani image from his office and has said that no further orders will be accepted.
Earlier this afternoon, a number of residents and supporters had installed images of Abdullah Abdullah as the incumbent president in various areas of Pul-e-Khumri, but were soon torn down by security forces. 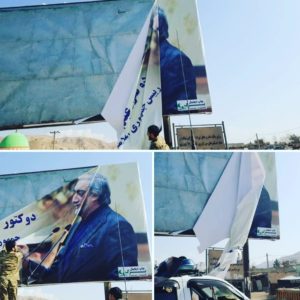 Although the Ministries of Defense and Interior have repeatedly warned that they are not involved in the country’s political issues, but security forces have been besieged around Baghlan and Jawzjan provinces not to allow new stability governors to be introduced.
Share