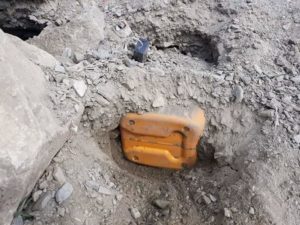 According to the samangan police department, it was a barrel bomb planted by Taliban fighters targeting civilians, and after a resident reported the location, the samangan province  police  mine clearance team Discovered and destroyed.

With the discovery and destruction of these mines, several bloody explosions were prevented.