Two unarmed gunmen were arrested after a clash with police

Peshgo News February 3, 2020 Afghanistan, Security Comments Off on Two unarmed gunmen were arrested after a clash with police 298 Views 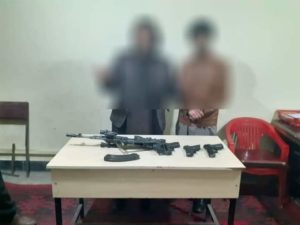 Two unarmed gunmen were detained following a clash with police from the eighth district of Kabul security.
The men were hiding in Kabul’s Eighth Security Division after shooting police at a home yesterday evening.
The police were able to arrest the men, along with a Kalashnikov pistol and three rifles, after the siege. A police officer was also injured in the incident.