Taliban set fire to a school in Takhar province

Hours ago, a group of Taliban fighters set fire to a school in Takhar province. 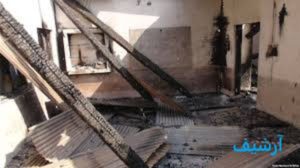 Khalil Asir, spokesman for the Takhar Police Command, confirmed the news: An hour earlier a group of Taliban fighters in the village of Budala, located between Baharak district and Taliqan’s second security district, attacked the school of Budala and set it on fire .

According to Mr Asir: The village occasionally witnesses the presence of the Taliban
This time, the fighters of this group did so, so that the children of this homeland would not be educated.

Meanwhile: Locals say the building is now on fire, Taliban fighters are not allowing people to put out the fire.

The Taliban have not yet told the media about the news.

Previous Two unarmed gunmen were arrested after a clash with police
Next Baqir Mohaqeq, been shot to death inside of his premises