Two persons arrested in connection with terrorist activities in Ghazni 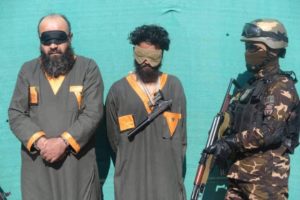 Aref Nouri, spokesman for the Ghazni governorate, says: In the first act, the National Security Forces detained a terrorist with a silent machine gun in the De Khadadad area of ​​the Ghazni center.

And in the second act, national security officials detained one in connection with co-operation with the Taliban in a raid on the local police station in Qarabagh district.
According to Nouri, both terrorists have confessed to their crimes and terrorist activities.