Four people have died in Afghanistan due to the cold weather

Peshgo News January 9, 2020 Afghanistan, Health Comments Off on Four people have died in Afghanistan due to the cold weather 255 Views

Amanullah Kamrani, deputy head of the Ghazni provincial council, says four people have died in the cold in 24 hours. 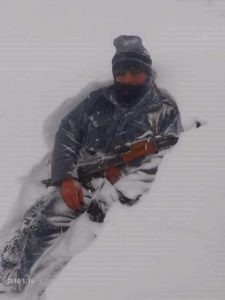 According to Kamrani, two of these people were police soldiers and died last night in the Jaguq district of the Jaghat district.

Meanwhile, one civilian in Nahor district and another in Qarabagh plain of Gharabagh district have been killed due to the cold weather.

Ghazni air has been extremely cold during the past week and has dropped to -18 ° C,

Previous One person arrested in connection of cybercrime in Kabul!
Next Salang highway reopens for traffic