8 solder are killed in Takhar province 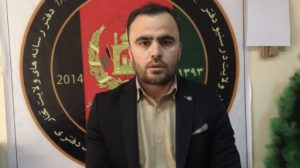 After successful operations in Khawaja Bahawaldin districts, Dasht-e Qala and Khawaja Ghar,  have expanded their clearing operations and have begun operations to clear the district of Darqad

According to Mr. Hijri, as a result of the operation that started last night in the district of Darqad, in the province of takhar to this time 11 Taliban fighters have been killed and 5 others have been wounded and security forces are on the move.

Mr. Hijri also says that in during the operation in the district of darqad, unfortunately, 7 of our security forces youths have also been martyred.

Previous The Pakistani Embassy re-activates its consular in Kabul
Next One person arrested in connection of cybercrime in Kabul!