7 Taliban members were killed in an air strike

Five Taliban members were killed in an air strike 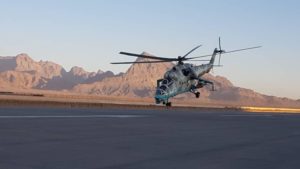 The 209 Shaheen’s army corps in a news release said :  that at around 5:30 pm yesterday, a Taliban terrorist group, Commander thet he has a local Taliban commander, was killed in a deadly air raid in Shingalabad district of Dowlatabad district of Balkh province with 7 other his fighters they have been killed.

Previous The defense ministers of Afghanistan and Germany met together
Next 30 Taliban have been killed in Kandahar.