Baghlan police were wounded along with his four protectors

Peshgo News April 12, 2019 Afghanistan, Security Comments Off on Baghlan police were wounded along with his four protectors 523 Views 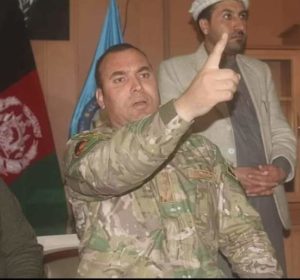 Reports from Baghlan province indicate that as a result of today’s fighting between the Taliban and police security forces in the balaDoori aria, Security Commander Allah Dad Fadaei has been wounded with four of his bodyguards.

Baghlan Police Chief, along with other injured caretakers, was transferred to Kabul by airplane for further treatment.

baghlan police after receiving information that a group of Taliban on the Kunduz  to Pul-e-Khumri Highway has been in the baladori, but before reaching the area, Taliban’s ambush, which causes Mr. Allah daad are wounds with his  four other bodyguards.

ٔNasrat Rahimi the Ministry of Interior spokesman are said, At around 2 pm, of today the enemy In an ambush In Pul-e-Khumri and kunduz Hiway in the Baladori aria, targeted the Baghlan security commander  and As that  result, the security officer was wounded with his three soldiers, The injured were transferred to the hospital for treatment.