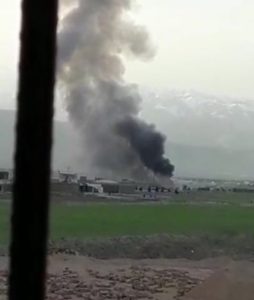 According to eyewitness reports, today, a foreign troop carrier has been targeted by a suicide bomber in the Baryk Ab aria of Bagram district, according to local sources, a crolla carr of explosives that had blown itself up near the convoy of foreign forces that He was patroling in the place.