Breaking News
Home / Afghanistan / The commander who refuge to the enemy after the years Championship.

The commander who refuge to the enemy after the years Championship.

Peshgo News April 1, 2019 Afghanistan, Political, Security, Social Comments Off on The commander who refuge to the enemy after the years Championship. 566 Views

Mazdak Walwalji the former commander of the third faction of the fifth section of northern border police, who has fought the Taliban in Takhar, Badakhshan for many years

and due to his courage in the battle on 2012 in Wardoj district of Badakhshan province and the salvation of more than 60 security forces in that battle. Appreciated by General Abdul Rahman Rahman senior security officer. nearly five years after the departure of the security forces, he joined to the Taliban group and on March, 25 2019 conflicted with the security forces for more than three hours in the area of Ozon-Kotal of Kabul, a clash that led to the block of the Taloqan Highway.

Hasib Walwalji, brother of the commander, sees his brother’s joining to the queues of Taliban militants, injustice and group pressure that who feared of at presence of the commander in the ranks of the security forces and threatened their interests. 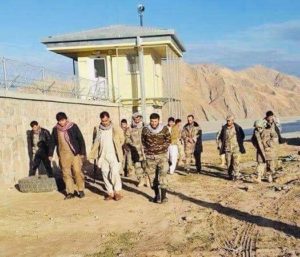 According to his brother, when the former Border Guard commander was appointed in 2011, in the village of Samti of Chaharbat district of Takhar province, because the village of samti is the main route of trafficking of drugs to Tajikistan country, and even after the appointment of his brother, they did not calm down until waged Mazdak commander to a war in Warduj district of Badakhshan province.

According to the Mazdak family, the Mafia Drugs and Circles in the third faction of the fifth section northern Border Police they had filed a case for Mazdak and accused him of losing 12310 liters of fuel. until they were taken him to the court and due to the use of their jurisdiction Condemned him to four years in prison.

But the court Sufficed his previous past imprisonment and Mazdak decided to re-enter the ranks of the forces, but could not resume his duties due to past convictions, and his court case was cleared, and the court cleared the commander for abuse of jurisdiction He is fined a fine of eight years imprisonment and one million seven hundred thousand Afghani.

Hasib wolwalji says: “her brother considered the court’s ruling unfair, and despite his family’s emphasis on the way to Qala-Zal district, and along with Muhammad Nabi Gichi, the local police chief of Qala-Zal, fought with the Taliban, and from there he went to his hometown of Rastaq district. For more than four years, isolation has taken place. 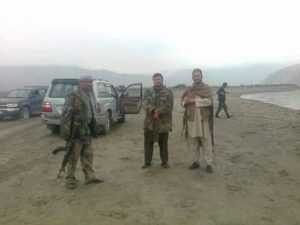 The commander’s family told Mazdak that during this time, security forces, irresponsible gunmen and the Taliban made the area worse over the former commander of the border than he visited the Takhar National Directorate of Security in order to facilitate the recruitment of their child in the security forces, or at least Considering the fragile security situation in the district of Rustaq or use their child to secure their hometown, but they did not answer, and this has led the commander Mazdak walwolji, contrary to his belief, thought and education of his family, to refuge to the enemy that for years against he was fighting.

Meanwhile, some residents of Takhar province, who have full Recognizing of the former Border Police Commander, say: that he was forced to join the Taliban due to injustice and cases, and the Taliban using his knowledge, now in some villages In the district of Rastaq, they penetrate and attract young people. 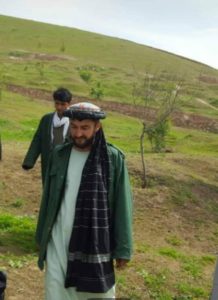 According to these Takhar residents, such attacks against a person who fought for the Taliban for many years, can lead to encouraging other young people to join them and allow Taliban to attract young people due to corruption in the government and high levels of unemployment.

Meanwhile, Takhar Police Commander spokesman Khalil Asir with confirming of the joining of the commander to the Taliban said: although the involvement of the Mazdak in the ranks of the Taliban militants will not have a significant impact on security, but the Taliban can face the security of Rustaq to the challenges, by given Mazdak’s recognition.

It should be noted that Mazdak walwalji is the son of Asadullah walwalgi, is a university professor, historian and a prominent figure in the enlightened community of the country.

Next Celebration of the Samanak festival in Badakhshan